In search of a new metal stamping source to produce flawless precision parts, an insert molding company came to market with a prototype concept for a new visionary hybrid electric vehicle (HEV). The insert molder was seeking assistance in producing parts for their customer’s battery and engine module concept. The concept was a motor that could run on a high-amperage lithium battery and a gasoline engine that would function as an alternative to powering the battery when energy runs out. The insert molder needed prototyping of 20 metal busbars that would operate as the electrical connections for the battery and engine module. To do this, they required a world-class supplier to engineer and produce effective, error-free parts and integrate with their overmolding process. After being turned away time and time again by metal stampers who couldn’t help when approached with this idea, they came across Wiegel who was very well qualified and capable of producing the parts for the unique concept.

All the busbars in this production request were designed with dissimilar thicknesses, required gold plated features and needed to be integrated into an overmold process to produce a final assembly. These design requirements presented Wiegel's engineers with several unique challenges: (1) producing parts to print uncovered several feasibility issues with the design and would require timely and costly downtime, (2) the material costs for various part thicknesses were considerably high, (3) the involvement of an additional tier partner would be required to apply selective plating and (4) complex tooling was required to produce the parts and integrate with their customer’s overmold process. With their qualified team of engineers, tool makers and production experts, Wiegel was able to tackle these challenges, make appropriate suggestions for the design considerations and find a solid solution for an idea that seemed nearly impossible for competing suppliers.

Wiegel suggested combining two selected materials with different thicknesses together instead of using one base material to meet the requirement of producing the thickest busbar at 4 mm. They also identified using a coining technique in the stamping process that would help to thin the material down from 1 mm to 0.63 mm thick on all the parts where the electrical connectors and the universal plug would make connection. This solution sustained the appropriate conductivity required for the program, allowed proper connection between the busbars and universal plug and the new selected materials dropped the overall material cost tremendously. The new material combination also yielded a more suitable temper, allowing for greater strength, bendability and formability during the stamping process.

In cooperation with one of their top electroplating sources, Wiegel identified that gold plating only the tips of the parts would reduce the amount of gold usage and would maintain enough conductivity for the electrical connection. The limited gold application yielded an additional cost savings for prototype and serial production of the parts.

The busbars were required to fit securely into a plastic overmold.

After understanding the desired function and design of their customer’s final working assembly, Wiegel engineers were able to design and produce specific part features and a custom in-line tool and die with overmold process considerations in mind. Wiegel conformed the stamping process to comply with their customer’s secondary overmold process and built a versatile tool that could run in both Wiegel’s and their customer’s in-line manufacturing operations. Wiegel also designed special locking mechanisms on the parts to firmly adhere to the plastic overmold and produced the parts with required hardware. Wiegel worked diligently with their customer to test feasibility and ensure production from both ends of the process worked collectively to produce the complete assembly successfully. 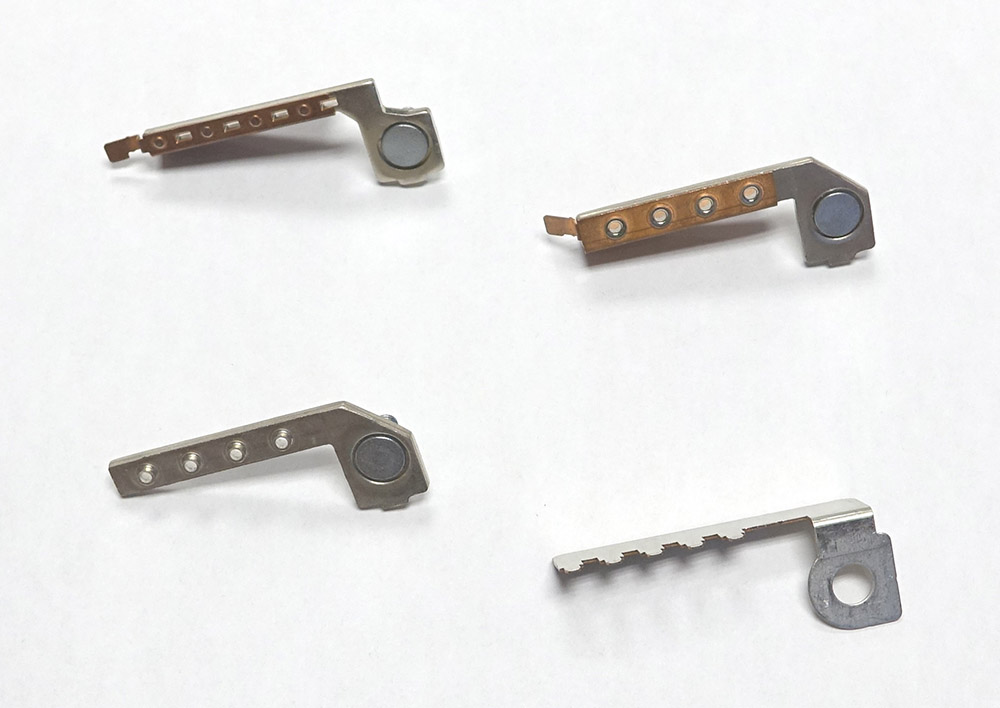 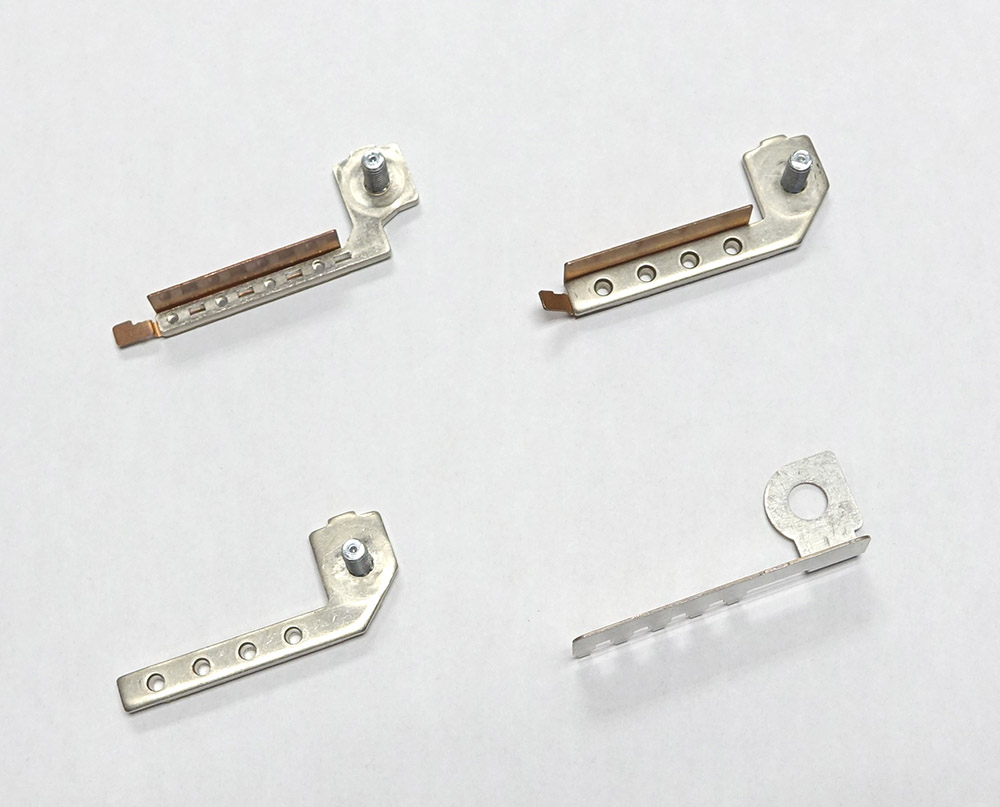 When it comes to producing precision metal stampings for the automotive industry, following strict requirements and making favorable suggestions for design during early stages of development is key to ensuring quality production and the proper function of parts at their end use. To ensure the procurement of perfect parts and production at a competitive price, it’s important to choose a leading metal stamping supplier like Wiegel who has the experience and knowledge for the standards and careful requirements upheld in these types of automotive programs. Like Wiegel, a great stamping supplier should also be effective at identifying ways to save their customers money prior to serial production.

By placing trust and confidence in the expertise of Wiegel surrounding a project of high confidentiality, an insert molder was able to produce electrical connectors and a complete assembly for their multi-million-part program. They obtained Wiegel’s suggestions in design configurations and enhanced the functional properties of their parts. The design modifications made production practical and achieved significant manufacturing cost savings during prototype and production phases. The insert molder also acquired custom complex tooling developed by Wiegel that aligned the stamping and overmold processes seamlessly.

This manufacturing opportunity enabled Wiegel to create a successful program solution for their customer and led this battery and engine module prototype concept to becoming the final presentation for a leading automotive OEM. The unique concept was later elected to be used in the production of one of the first plug-in electrical vehicles sold in the U.S.

Wiegel created a successful program solution for a tier automotive supplier by offering part design modifications and suggestions for cost savings on an EV battery and engine prototype and production program.

A FIRST-CLASS SOLUTION FOR SECONDARY TOOLING

A global manufacturer sought to integrate complex, secondary tooling with their in-house automation and robotics technologies. Off-the-shelf tooling was not an option! We helped them go custom.

It’s our mission to offer premier metal stamping and metal forming solutions to the most challenging and innovative engineering product designs. We combine advanced metal stamping production and tooling equipment, superior quality controls, seamless automation and production processes, and a knowledgeable and experienced team to serve an array of market segments.