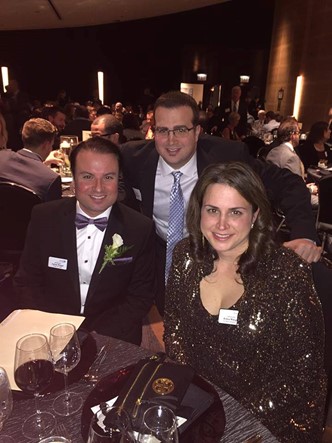 Brothers Aaron and Ryan Wiegel and their sister Erica make up the third generation of a manufacturing family that has owned and operated Wiegel in Wood Dale, Illinois for over 80 years. Wiegel is a precision stamper that specializes in electrical automotive tight tolerance terminals, complex lead-frames and busbars. Aaron and Ryan focus on Wiegel, while their sister Erica presides as sole owner over her 2015 acquisition, ARO Metal Stamping in Roselle, IL.

The company was founded by Aaron, Erica, and Ryan Wiegel’s grandfather, Otto Wiegel in 1941 as a tool and die shop. Soon after joining the family business in 1968, their father Martin Wiegel shifted the business focus from tool and die to metal stamping with tooling support and watched the business grow tremendously in the niche industry. Aaron, Erica, and Ryan started coming to the business as young kids to help their father package parts and each of them began working at the company full-time after graduating college.

After years of working his way up throughout the company operations, the oldest of the three siblings, Aaron Wiegel assumed leadership as President of Wiegel and Co-Owner of the company with his siblings Erica and Ryan. Since the third generation assumed leadership, they have tripled company revenues, grown production efficiency and capacity, invested in the latest manufacturing equipment and modern technologies, built a highly-skilled and qualified team, marked the company’s 80th anniversary, and prepared the company for future growth.