Why This Chicago Manufacturer Wants To Set Up Shop In Mexico 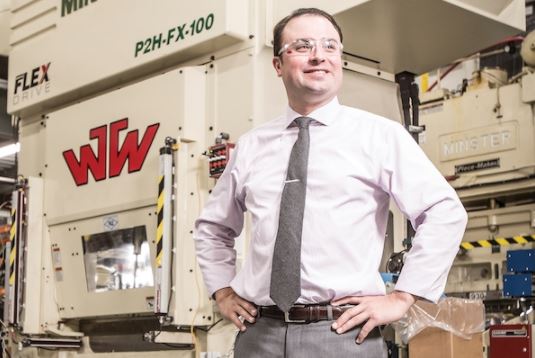 Wiegel looks like the archetype for all-American manufacturing: The current president's grandfather founded the company the day before Pearl Harbor was bombed. The founder's son took over after three tours in Vietnam. And since Aaron Wiegel assumed the helm in 2011, the third-generation company has tripled revenue to $50 million and nearly quintupled payroll.

Now Wiegel, 38, wants to expand his plant operations to Mexico.