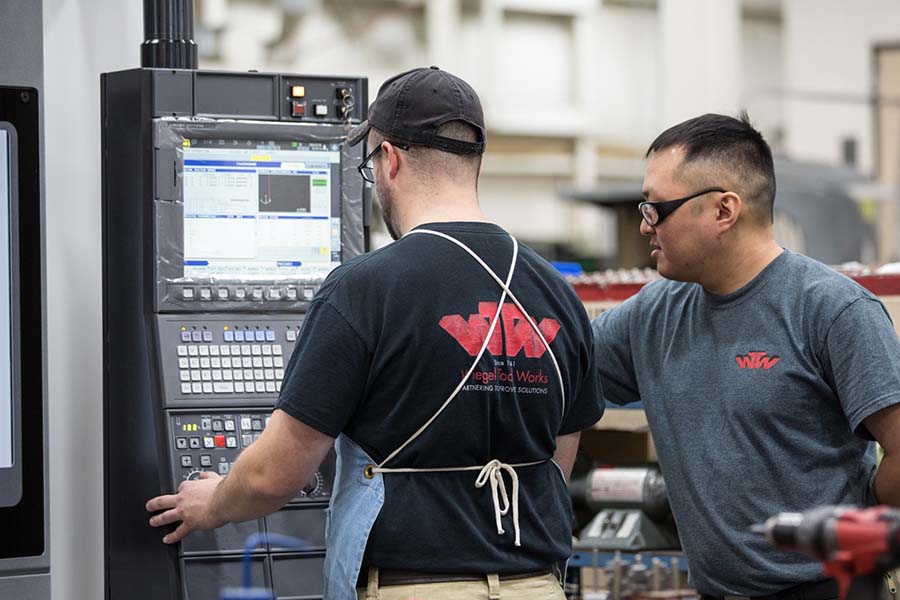 Since he took over his family company in 2010, the biggest hurdle to Aaron Wiegel’s plans for aggressive growth hasn’t come from competition or market pressures, but the lack of skilled workers in the job market. Not only was there a lack of qualified metal stamping workers, but those who were looking were often nearing retirement age, and the average age of his own workers was 59.5 years old. It can take five to six years to become a journeyman tool and die maker, so by the time Wiegel invested in those older applicants’ training the company would only get a few years of work before their careers were over. It was apparent to Wiegel that he needed to put more effort into recruiting the next generation of tool and die and metal stamping workers immediately. He became involved in the Technology & Manufacturing Association (TMA), an organization that represents and supports small precision manufacturers in Illinois. With the help of the TMA, Wiegel developed a U.S. Department of Labor-certified apprenticeship program to train journeyman tool and die makers.